We strongly urge you to watch this video and to call us promptly to schedule the removal of your mercury amalgam fillings. They can be the root of all major health problems. Dr. Grkikian believes strongly that NO ONE should have these fillings in their mouth. The mercury seeps into your system and can cause irreversible damage.

Mercury (silver fillings) are "A Biochemical Train Wreck in Your Body"

Boyd Haley PhD, Emeritus Professor of Chemistry at University of Kentucky, said in the film that mercury is a "biochemical train wreck in your body." Mercury causes your cell membranes to become leaky and inhibits key enzymes your body needs for energy production and toxin removal. Mercury doesn't kill you quickly like cyanide… it kills you slowly and insidiously.

About 75 percent of adults have dangerous "silver" fillings. There is approximately 1,000 mg of mercury in the typical "silver" filling. This is nearly one million times more mercury than is present in contaminated sea food. Most people don't realize that the mercury amalgams slowly release mercury vapor. Every time you chew, mercury vapor is released and quickly finds its way into your bloodstream, where it causes oxidative processes in your tissues.

Oxidation is one of the main reasons you develop disease, as well as the primary reason you age. Oxidation in your body leads to inflammation, including inflammation of the lining of your blood vessels. When this occurs, your LDL levels increase as your body attempts to "patch" those damaged vessel walls with cholesterol. LDL is a carrier of cholesterol. This is why people with mercury toxicity have damaged blood vessels, and elevated cholesterol and LDL levels.

However, oxidation and toxicity can lead to much more than just elevated lipid levels. Mercury in your body can result in a variety of serious neurological, immunological, and endocrinological problems. Mercury not only fuels the flames of inflammation, it also hampers your body's ability to detoxify itself, which makes you even sicker. Alzheimer's disease, Parkinson's disease and other neurological diseases have been linked to mercury exposure. Research shows that traces of mercury can cause the type of nerve damage you usually see in Alzheimer's disease.

Recent studies of the effects of various toxic heavy metals on your brain – including aluminum, lead, arsenic, cadmium and mercury – reveal that mercury is by far the MOST toxic. No others even come close! This is because of mercury's interaction with sulfur-containing proteins that are critical to your brain function.

Many scientists believe Alzheimer's impairs communication and coordination between cells. You have 100 billion nerve cells, or neurons, in your brain, and these neurons make up an intricate communication/information network that requires a great deal of energy and waste removal. These processes require a large amount of fuel and oxygen. Mercury can seriously impair these important and complex neurological processes.

Science is now telling us that mercury may very well be a significant factor underlying much chronic disease, and one about which the majority of physicians are completely unaware. It doesn't take much mercury to cause significant stresses in your body.

Sadly, many people with mercury toxicity are sick for MANY years, often decades, and have consulted dozens of physicians who fail to identify the real cause of their illness and suffering. Often these people have a constellation of seemingly unrelated symptoms. They are given bottle after bottle of pills, which merely mask some of the symptoms (at best) and create new imbalances within their bodies,without ever addressing the underlying cause of the problem. Not surprisingly, they fail to get better.

Can you get sick from just ONE mercury filling? Absolutely.

Even if you have only one, you're getting years of daily "dosing" mercury vapor from that filling, which adds to the other sources of mercury and other toxic substances to which you are regularly exposed. Once your immune system takes any sort of a hit from an illness or stress or trauma, it may no longer be able to keep up with the assault of ongoing mercury exposure.

Call us today to schedule the SAFE removal of your mercury amalgam fillings. It will be the best thing you can do for yourself and your loved ones. 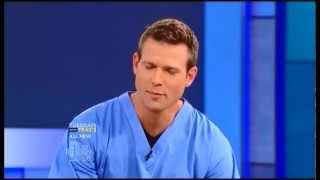 The Effects Of Poor Dental Hygiene On Your Body 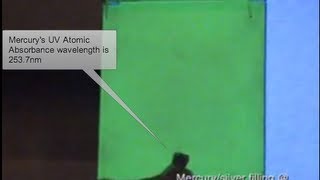 This One Video Could Save Your Life!

A Word About Mercury Amalgam Fillings, by Jouriy Grkikian, DDS

No tags yet.
bottom of page